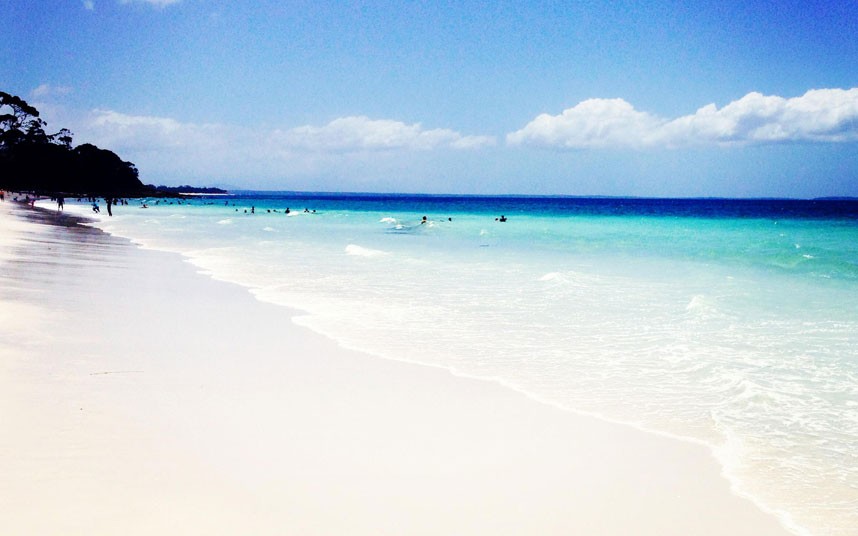 12 of the Strangest Beaches in the World

What better time to remember the beach than in winter time? While the main majority is excited about going skiing in the Alps, others are passionate about the sea and the serenity that only a wonderful beach can offer. But since this world is crazy as hell and nature is the purest example that it can do whatever it wants, there are locations where some of the strangest beaches leave people breathless. Below there is a short list with 12 of the strangest beaches in the whole world. Some leave you speechless while others take you to pure paradise.

12 of the strangest beaches in the world

1. Punaluu Black Sand Beach, Hawaii – This beach has black sand. This is formed by the basalt lava that explodes when it goes into the sea, cooling rapidly. This is cool!

2. Playa de Gulpiyuri, Llanes, Spain – this beach is located in the north of Spain and it is basically a beach placed in the middle of a meadow. But the magic lies in the fact that it is fully tidal. So the waves are with you even in the middle of nowhere.

3. Giants Causeway Beach, Ireland – the result of an ancient volcanic eruption, this beach located in Ireland is breathtaking. Period!

4. Cow Beach, Goa, India – I knew cows are sacred in India but to have their own beach? Way to go girls!

5. Pink Sands Beach, Bahamas – The reason why this beach is pink is because of the red shells of foraminifera (marine animals) that  mingle with the white sand from the beach. The result is a pretty pink beach!

6. Maho Beach, Saint Martin – at first sight you might think that this beach has nothing special about it. But when you look up and you see a plane just a few meters above your head you might change your mind. This is what you get for choosing a beach spot close to a landing place. So close!

7. Night Sky Maldives Beach – of course, this is not the name of the beach. But due to a natural phenomenon generated by bioluminescent phytoplankton (Lingulodinium polyedrum) it sparkles into the night bringing  a little magic to those who choose to take a romantic walk.

8. Hyams Beach, Jervis Bay, Australia – although most people classify it as weird, I would say that it is not strange but incredibly beautiful. It was definitely made when God was in an excellent mood and probably this is why The Guinness Book of Records recognizes it as the beach that has the whitest sand.

9. Pfeiffer Beach, California – did someone said ‘creepy?’ Well, this beach is not exactly creepy although the forests and dramatic cliffs around it sure make it looks that way. But this beach is special because of the manganese garnet that gives it a purple color.

10. Bowling Ball Beach, California – yeap, California seems to have it all. This beach has thousands of boulders that are similar to bowling balls. It’s as real as it gets!

11. Hoshizuna no Hama, Iriomote Island, Japan – in translation, the name would be ‘Star Sand Beach’ and it is the perfect name for this beach. Why? Because every particle of sand has the shape of a star (even if in reality they are the shells of organisms with just one cell).

12. Unique Glass Beach in California – and we end the top with another gorgeous and weird beach from California. The Glass Beach is covered by a sea of glass formed from the garbage dumped in the area,year after year. Sad, but the visual results are quite spectacular.

I really don’t know what I would choose first. But I do know I want to visit all of them! What about you?