15 Things You Didn’t Know About Alcohol

Alcohol normally equals a good time, lots of laughter and memorable events. Because no great story ever started with „let’s have a cup of milk.” In moderation, alcohol can be the linking factor at a blind date, can help friends have a blast and can unwind stressed people.

For instance, wine drinkers  live longer, are less likely to have heart attacks or heart diseases and has proven to be very effective in slowing down brain decline. On the other hand, beer can also aid the body when it comes to a better digestion, healthier kidneys,  stronger bones and lower levels of cholesterol.

The best part of it is that, as I said before, alcohol is behind some of the greatest stories and memories one might have. So why not read more about some of the most interesting and funniest things about alcohol? Just saying. If you’re going to go big, at least do it with style!

1. The king of Prussia, Frederick the Great, was completely in love with alcohol and he even tried to ban coffee in order to force the population of Prussia to drink liquor instead. Now this is what I call a committed person!

2. The word „toast” originated in ancient Rome when people actually used to drop a toasted bread into their wine. This gesture was meant to wish good health to those around.

3. Vikings loved alcohol but drinking it out of a mug or a bottle seemed too mainstream. What did they use to toast their success? Their enemies’ skulls. Quite an interesting choice, I would say!

4. Where there’s alcohol, there’s a cure for hangovers. Ancient Romans for instance, believed that eating a fried canary would help them get rid of the hangover symptoms. In more modern times, French people put salt into their coffee while Puerto Ricans rub lemon under their arms.

5. A bottle of champagne has approximately 49,000,000 bubbles. Wow, some people really need to find better things to do than count the bubbles in the champagne bottles.

6. There is a term used to define the abnormal craving for alcohol: „dipsomania.” In my days, it was called alcoholism. Kids, nowadays!

7. Cenosillicaphobia – never heard of it until now. But you know what it means? Being scared of an empty glass. Ha!Ha!Ha!

8. You remember the phrase „mind your p’s and q’s,” right? Well, yes, alcohol did have something to do with it. In England, pubs used to serve their alcohol in pint and quart sizes. When customers crossed the line, bartenders used to tell them to mind their pints and quarts (to mind their behavior). This is how the phrase was coined, but it remained popular in its short version.

9. South Korea is considered to be the booziest place in the world according to a World Health Organization study done in 2011. This is the place where people drink more hard spirits than in any other place in the world. Not to mention that this is the birthplace of Jinro soju, the best-selling spirit on the globe. Did you hear that Russia?

10. Abraham Lincoln owned a liquor license and operated several taverns. And while we are at the history hour, president Van Buren was born in the family tavern. I hate to think what the mother was doing there at the moment. Hopefully, she was working.

11. Is it scary that the term honeymoon has its traces in alcohol use? Apparently this appeared in the ancient Babylon and it was meant to describe the tradition through which the father-in-law would have to give his future son-in-law a supply of mead for one month. This became known as the honey month or the honeymoon.

12. Alaska forbids feeding booze to moose. You might think this is ridiculous but in Sweden, the story of the moose who got stuck in a tree after eating too many fermented apples and getting drunk was highly popular.

13. The human body needs 13 minerals for a healthy living. One of these minerals has been identified in alcohol. Boom!

14. Guess who invented the Manhattan cocktail? Winston Churchill’s mother. No surprise there!

15. The person who co-founded AA (Alcoholics Anonymous) asked for whiskey during the last days of his existence. He became quite upset when he was refused and finally died of emphysema and pneumonia. 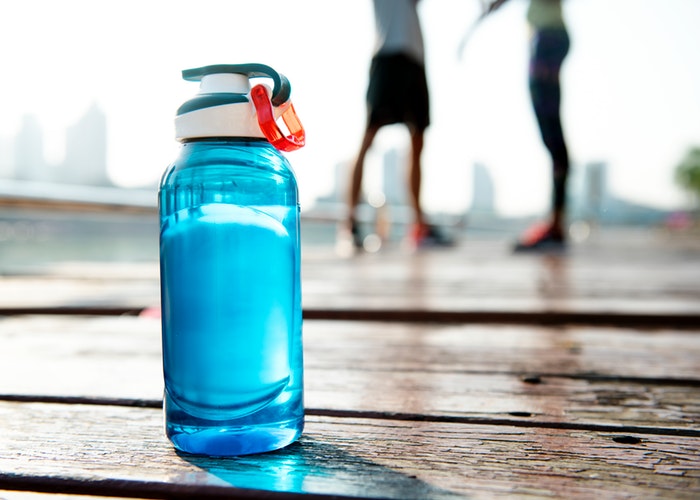 Drinks
Why Fitness and Alcohol Don’t Go Together!
Armonia - Modern WordPress Theme. All Rights Reserved. Blaze Themes.
This website uses cookies to improve your experience. We'll assume you're ok with this, but you can opt-out if you wish.Accept Read More
Privacy & Cookies Policy