2 Worst and 3 Best Diets in the World

Have you decided to go on a diet, but do not know what weight loss plan will suit you? In this article, you will discover what the healthiest and worst diets are available in the market. Let’s start with what you should not go for.

I start with the worst of all, the Paleolithic diet, which is based on protein intake. Obviously, proteins are necessary but you cannot abuse it because the body has no capacity to store it. If we do, the body will be forced to remove leftover by the kidney and this organ damages after long-term work beyond its means.

The same week that French medical school expelled Pierre Dukan, author of the famous dissociated diet (food distribution throughout the day), for making commercial use of his regime, US News World put it in the list of disfavored diets, saying it is too restrictive, has many rules, and there is no evidence that it works. In addition, the Canadian Association of Dietitians and Nutritionists also ranked it among the five worst and harmful to health diets.

The Ornish diet is ranked among the top ten choices and was named after an American cardiologist Dean Ornish who invented it while was looking for a program that would allow his patients to lose weight quickly and also reduce levels of bad cholesterol. According to some expert, it is nutritious, safe, and tremendously heart-healthy. For others, it is not easy to carry out because being a vegetarian diet high in fiber and low in fat, many people fail to continue it for longer.

Jenny Craig diet has been followed by Mariah Carey, among other celebrities. The diet has received praise from fat loss beginners for being easy to follow, nutritionally complete and safe. However, there are still many questions about its potential health benefits and control of diabetes. Jenny Craig Diet menus mainly consist of eating fruits, vegetables and cereals, but you can also take meat, fish, eggs, legumes, poultry and nuts. By contrast, dairy products, saturated fats and foods containing sodium and the chocolate are allowed in little quantity.

Created in USA by Barbara Rolls and Robert Barnet, volumetric diet is aimed at those patients who cannot follow other diets because they feel are constantly hungry with diet regime. They are also recommended for people who need to eat to feel really satisfied. In short, it is a fairly, balanced and healthy diet plans and very easy to carry out if the basic principle is true which is to choose low-calorie foods to eat more. 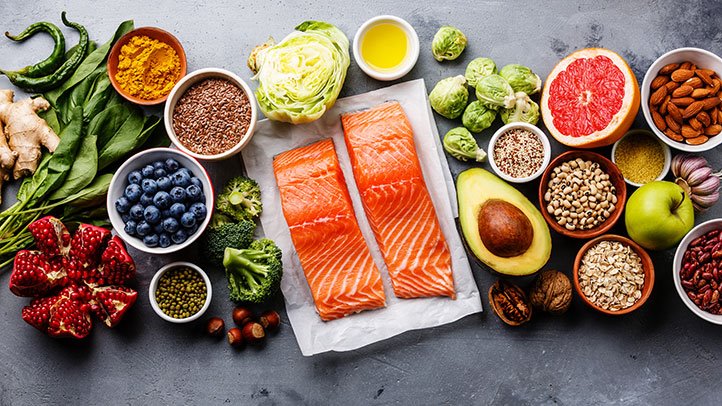 Health & Fitness
The Truth about the Mediterranean Diet

Food
7 Foods That Can Help You Burn Fat Easier
Armonia - Modern WordPress Theme. All Rights Reserved. Blaze Themes.
This website uses cookies to improve your experience. We'll assume you're ok with this, but you can opt-out if you wish.Accept Read More
Privacy & Cookies Policy