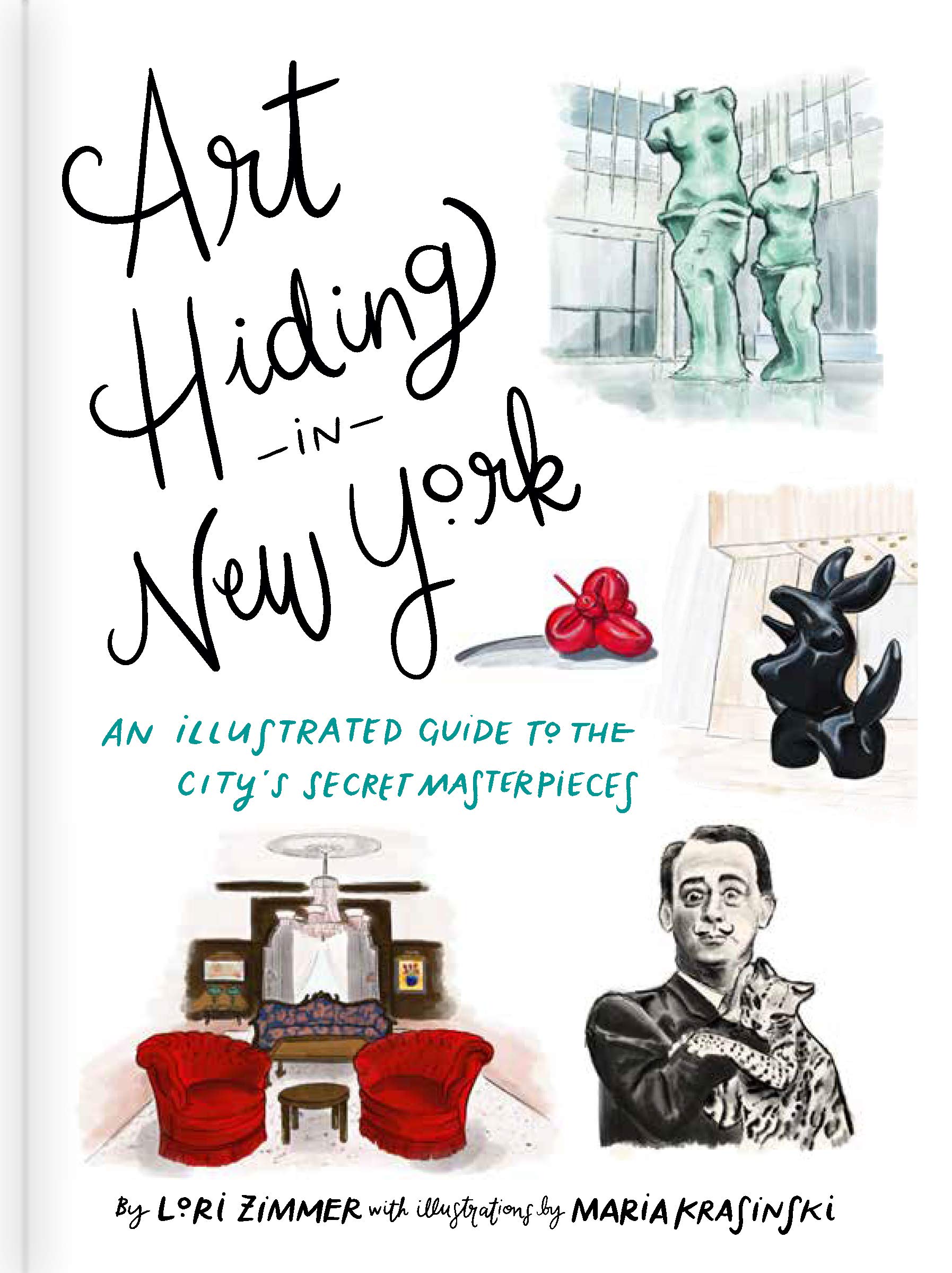 Art Hiding in New York: An Illustrated Guide to the City’s Secret Masterpieces

Uncover the artistic masterworks hidden across New York City in this charmingly illustrated exploration of one of the world’s greatest creative treasure troves.

There’s so much to love about New York, and so much to see. The city is full of art, and architecture, and history – and not just in museums. Hidden in plain sight, in office building lobbies, on street corners, and tucked into Soho lofts, there’s a treasure trove of art waiting to be discovered, and you don’t need an art history degree to fall in love with it.

Art Hiding in New York is a beautiful, giftable book that explores all of these locations, traversing Manhattan to brings 100 treasures to art lovers and intrepid New York adventurers. Curator and urban explorer Lori Zimmer brings readers along to sites covering the biggest names of the 20th century – like Jean-Michel Basquiat’s studio, iconic Keith Haring murals, the controversial site of Richard Serra’s Tilted Arc, Roy Lichtenstein’s subway station commission, and many more. Each entry is accompanied by a beautiful watercolor depiction of the work by artist Maria Krasinski, as well as location information for those itching to see for themselves. With stunning details, perfect for displaying on any art lover’s shelf, and curated itineraries for planning your next urban exploration, this inspirational book is a must-read for those who love art, New York, and, of course, both. 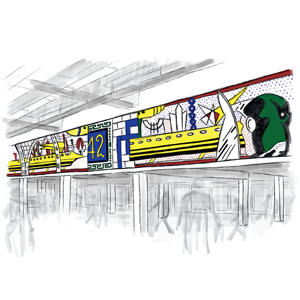 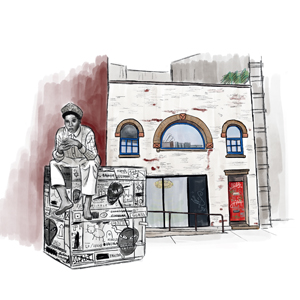 There is nothing like enjoying modern art masterpieces while running for the train below ground! The late, great, seminal Pop artist Roy Lichtenstein paid homage to the daily mind-numbing New York commute—from past to future—in this epic permanent piece in the constantly mobbed Times Square metro station.

Stretching fifty-three feet across and six feet high, Lichtenstein’s classic Ben-Day dots flank images pulled from Buck Rogers comic strips, a bullet-shaped commuter spaceship hovering past swirly skyscrapers, and a throwback to the building of the subway in 1904, represented by his own Beaux-Arts rendition of the 42nd Street sign. The bold colors and graphic shapes in the mural echo the insanity of rush hour commuters below . . . minus the pushing and shoving. Lichtenstein made Times Square Mural in 1994 just a few years before his death, but the MTA didn’t install the piece until 2002.

In 1916 Georgia O’Keeffe heard that some of her charcoal drawings were on display at a gallery in New York, which came as a complete surprise to the young artist. She made her way to 291 gallery to chastise the director for showing her work without her knowledge, only to find the owner was renowned Photo-Secessionist Alfred Stieglitz. Stieglitz was in a loveless marriage at the time, but by 1917 he and O’Keeffe had fallen into a deep and passionate love that would last his lifetime—and heavily influence and foster both artists’ practices.

In 1925 the pair settled on the thirtieth floor of what is now the Marriott—then known as the Shelton Hotel. O’Keeffe, who had worked mostly in abstract art, began painting the growing skyline she could see from her window.

Noho’s 57 Great Jones Street has had many lives over the past 150 years: as a horse stable, a fruit seller, a scandalous mob hangout, and a swanky referral-only restaurant (its current iteration). But, more importantly, it has been a place where art history was made. The modest brick building, with its half-moon windows, was where native New Yorker Jean-Michel Basquiat lived and worked until his death at that cursed age of twenty-seven. Basquiat’s life was short but rich. He started out as a graffiti artist writing SAMO all over the East Village, then later joined the punk rock scene with Vincent Gallo and their band Gray. Gray regularly played Max’s Kansas City, CBGB, and Mudd Club, allowing Basquiat to meet the downtown art stars who helped him get cast in the movie Downtown 81, as well as seminal East Village band Blondie’s “Rapture” video.