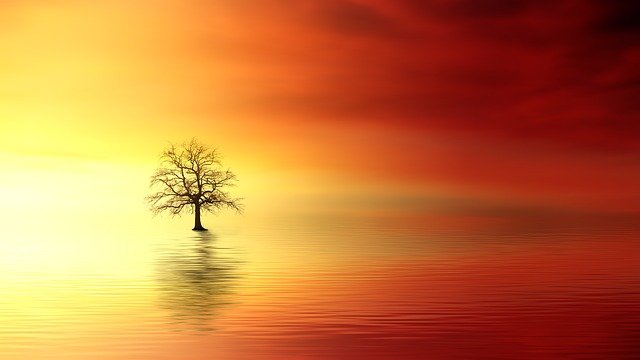 Canadian restaurant workers step in where the government has failed us

A year after the COVID-19 pandemic began, Canada’s restaurant industry still looks bleak. The financial relief for restaurant owners, particularly through the provincial governments, has been largely ineffective. Open and close guidelines are ad hoc and sudden. In some places there are still proactive solutions like relaxing the alcohol laws in order to generate even a little extra income for companies. For workers in this industry who already had a precarious prepandemic, this was a time of unprecedented instability.

In numbers alone, Canada’s 1.2 million restaurant employees, who make up 7 percent of the country’s workforce, matter. So big are they that they have the potential to affect virus contagion on a national level, yet support for them and their industry has, at best, waned. Of those who remained employed during the pandemic, most are still without paid sick leave despite this global health crisis. And while dining halls open in parts of the country, owners and workers are reassigned to act as pseudo-epidemiologists going through symptoms, risks, and recourse in case there is a COVID-19 fear or worse, an active case on their workplace. With the rapid development of new strains of the virus, even the government’s personal protective equipment and contact tracing guidelines seem powerless to ensure safety. For everyone involved, the situation feels just as untenable and directionless today as it did in March 2020.

However, one thing has changed since the pandemic started: Mutual aid groups abound with robust programs designed to respond to the cracks in a leaky, unregulated industry. It turns out that when you leave a group of mostly under- and unemployed, well-informed industry professionals in the midst of a crisis and with insufficient government support, a vibrant network of grassroots organizations emerges. Among them are mental health resources Not 9 to 5 and Kitchen 4 missions;; Wellness initiatives like Mise en Health;; the programs to redistribute the wealth of the Bartender Benevolent Fund, the Montreal Restaurant Workers Relief Fund (which I co-founded) and the Toronto Restaurant Workers Relief Fund;; BIPOC-led wine mentoring and education program Vinequity;; and the full plate, which offers free social services tailored to the community. These are all headed by workers who are trying to do this for themselves.

Despite the beauty inherent in that solidarity in action, I often hear from other restaurant staff and community organizers, and that’s the hope that one day their services will become obsolete – that the need for them will cease to exist, not because of the vaccine is in sight, but because reforms of social programs, labor laws and regulations, which ensure more fairness on a broad front, are. Mutual helping and caring for the community is a constant balm for the industry, but they cannot do all the work, nor can they live on solidarity and independent action on their own.

2020 was the year New Orleans-based activist and chef Tunde Wey said we should let the industry die. Many of us who have seen the problems of restaurants have probably wholeheartedly held that belief at one point or another. Based on top-down hierarchies and asset concentration, restaurants add to the problems of citalism. The crisis has only exacerbated these existing system errors. While restaurant workers can often feel the weight of these problems, we are not alone when we see them.

Over the past few years, coverage in the food media has given us a glimpse behind the veil of the inner workings of restaurants. The prevalence of wage theft, lack of health care, underpayment and overwork is no longer just the fodder for whispering networks. Stories of abuse and reform (often self-authored) are spread by the media and cause a collective shock that is apparently quickly followed by collective amnesia. We’ve seen the proverbial sausage made and we don’t like it.

The word “rough” is so permanently anchored in this industry that we yawn at its overuse as its meaning has been completely undermined. We know that fast-paced and intensive work environments, deep hierarchical structures and problematic wage practices such as minimum wage standards, tips and unpaid overtime are anchored in the business model, but we repeatedly cannot tie them to systems of repression. If you’ve worked in a restaurant, you’ll be shown time and time again how civic status, performance, sexuality, race, class, gender, and education affect treatment in the industry. The restaurants are so caught up in narratives of extraordinaryness – the story of the archetypal chef who worked his way up the ladder occurs to me – that many fail to realize that the conditions are not decent or dignified for the majority of workers. Though they have been happening in the workforce for a long time, conversations that acknowledge the legacy of damage embedded in the interfaces of identity and food seem to have only just begun to have an impact.

I’ve heard the words „inconceivable”, „radical” or even „impossible” to describe the just, sustainable and just future that restaurant workers who have become activists are working towards. The existing labor law in relation to restaurant work is toothless and patchwork at best, and there is little real recourse for workers in compromised, exploitative or abusive situations, even in so-called „normal” times. The option of a comprehensive reform, which would also benefit the owners with higher employee loyalty and a longer lifespan of the industry, is too easily excluded. I will probably die on the hill for not understanding how basic labor standards can be called uniquely impossible for our industry.

Some restaurant workers choose this profession despite knowing its shortcomings. Many others arrive not by choice but by necessity. For those of us trying to change the structure of restaurant work, this is a loving protest. Even in their current incarnations, restaurants can be places of romance, care, leisure and, above all, generosity. For many communities they are places of refuge, crucial third spaces. In rare cases, they can even be places where we can try to reduce systemic damage: ownership can be community-oriented; Fair and shared work structures. Restaurants are places where many single mothers like mine have been able to work to make ends meet. But the possibilities that they have offered some do not absolve them from their obligation to repair.

The „radicalism” of our actions is to call for change and work towards better and more comprehensive adequate treatment of all restaurant workers. After a year of black squares on social media, public professions about the need for change, and a pandemic that removed any sense of stability in restaurant work, you’d think it wasn’t so radical anymore, social justice about performance move out. Community organizers have managed to produce a certain amount of fruit in one area of ​​the disease, but their efforts are neither exhaustive nor lasting. You can’t fix a broken industry on your own either. You shouldn’t have to.