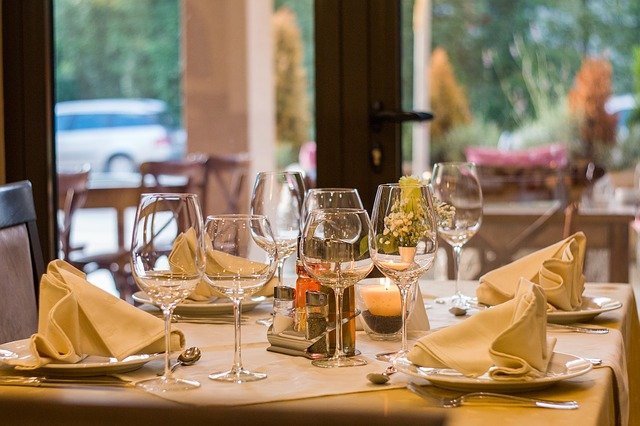 It’s been 450 days since Chicago’s restaurants and bars ran without customers with masks and tables six feet apart. In the time since COVID-19 surfaced and Governor JB Pritzker first announced the suspension of indoor dining in March 2020, Chicago’s hospitality industry quickly adapted to changing guidelines as health professionals submitted new information about the disease to the nearly 11,000 people have died in Cook County.

The impending tragedy sparked conflicting emotions between customers, restaurant owners and workers. This all went on until Friday – barflies can now pull up a stool at the bar or mingle with the customers. Guests don’t have to worry about masking themselves quickly as the servers are stealthily plucking. While any facility has the option to continue social distancing, the rules in Chicago and Illinois are no longer mandatory as Friday marks the entry into the final stages of Illinois restore, the state’s COVID-19 recovery plan.

The past 15 months have been an odd ride with restaurant staff trying to create a comfortable atmosphere for diners to keep businesses from refueling. It did so while applying for Unemployment and Payment Protection Plan (PPP) loans, all of which were at risk of potential exposure. Many did not follow the restrictions, with reports of restaurants ignoring capacity limits and social distancing rules. Some avoided being spotted by city officials patrolling the streets in search of violators. Those caught paid the price with fines.

Innovations that emerged from the pandemic, such as the widespread use of menu QR codes, are likely to remain. But in the past few weeks another reality has emerged – one with vaccinated servers that carry pins. Some restaurants still required masks, while others posted signs on vaccinated customers stating that face coverings were no longer required. Large groups of 10 or more can now book reservations without secretly reserving multiple tables and pretending that separated friends don’t know each other.

It should come as no surprise that not every restaurant or bar is ready to open fully. This pattern has become a tradition over the past year, with elected service industry officials giving little time to adjust capacity limits. Some wait to see how the competition treats customers.

Split-Rail in West Town, which has been offering takeaway and delivery only since March 2020, won’t fully reopen on Friday, but will be returning to indoor dining „very soon”, says cook and co-owner Zoe Schor.

Once service resumes, Split-Rail does not remove tables in the dining room, but instead requires guests to wear masks when they are not in their seats. Schor will also limit the size of the gatherings for the time being and keep Dorothy – her cocktail lounge in the basement – closed until later this summer.

“Ultimately, we have spent the last year doing what our conscience has dictated; Put simply, we were not and will not be willing to ask our team to risk their lives to get to work, especially given the possibility of people collecting unemployment benefits, ”she writes to Eater. „A lot has changed in the last year, and our vision and philosophy around many things has also evolved … we are so excited that it is safe to open our doors to our friends and neighbors again.”

For restaurateurs who got into the industry during the pandemic, a return to normal means changing the way they’ve been doing business. Marc Walker, co-owner of the playful soul food restaurant Ooh Wee It Is! in Chatham and a suburb of Burnham, says he’s eager to move from long lines of take-away guests to busy dining rooms. Although Walker has more than 250 seats in Chatham, he and his wife Shae plan to steadily increase the indoor capacity over time. You’ll also continue to use a full-body sanitizer that checks customers’ temperatures and sprays a disinfectant mist on every person who walks in – an expensive but worthwhile investment, Walker says. The mask rules also remain.

“We’ll get involved and take a few small steps,” he says. “We learn – this is all new to us. We want to make sure we are all safe at the end of the day and make sure we are fully occupied. „

The lifting of restrictions also means future projects can move forward. Walker has news: He plans to open new locations in Wicker Park and Beverly in the next few months.

For some local restaurants, the shift is a full reopening in name only. The labor shortage continues to hamper efforts to resume business at full capacity, even for operators prioritizing a living wage.

These include Beard & Belly, Edgewater’s beer and comfort restaurant that opened in ril 2020, says co-owner Andew Barbera. Despite the offer of $ 21-22 an hour and a A fair wage Model he has trouble finding enough workers. His team started offering draft beers and serving customers at the bar this week, but will only open six of a total of 12 seats. Barbera says the restaurant has not received any federal funding.

“The opening of the city is exciting, but it doesn’t change much for us,” he writes to Eater. “Like pretty much every restaurant in town, we’re having trouble finding staff and we’re just not staffed well enough to reach full capacity and hours … We’ll take our time and add things as we can . „.”

The job challenge has sparked some creative recruiting initiatives. Fifty / 50 Restaurant Group co-founder Scott Weiner posted a message aimed at parents asking if their kids are high school ages were interested in working. Mott St, the modern Asian restaurant in the Wicker Park area, has gone analog by posting wanted-for-help flyers on street mails in its neighborhood. Restaurant owners remain using these fallback methods to attract employees who have not been dulled by their previous experience in the industry.

Concerns remain about the variants and return of the disease. But right now there is excitement in Chicago this weekend and the bar and restaurant industry is proud to survive.