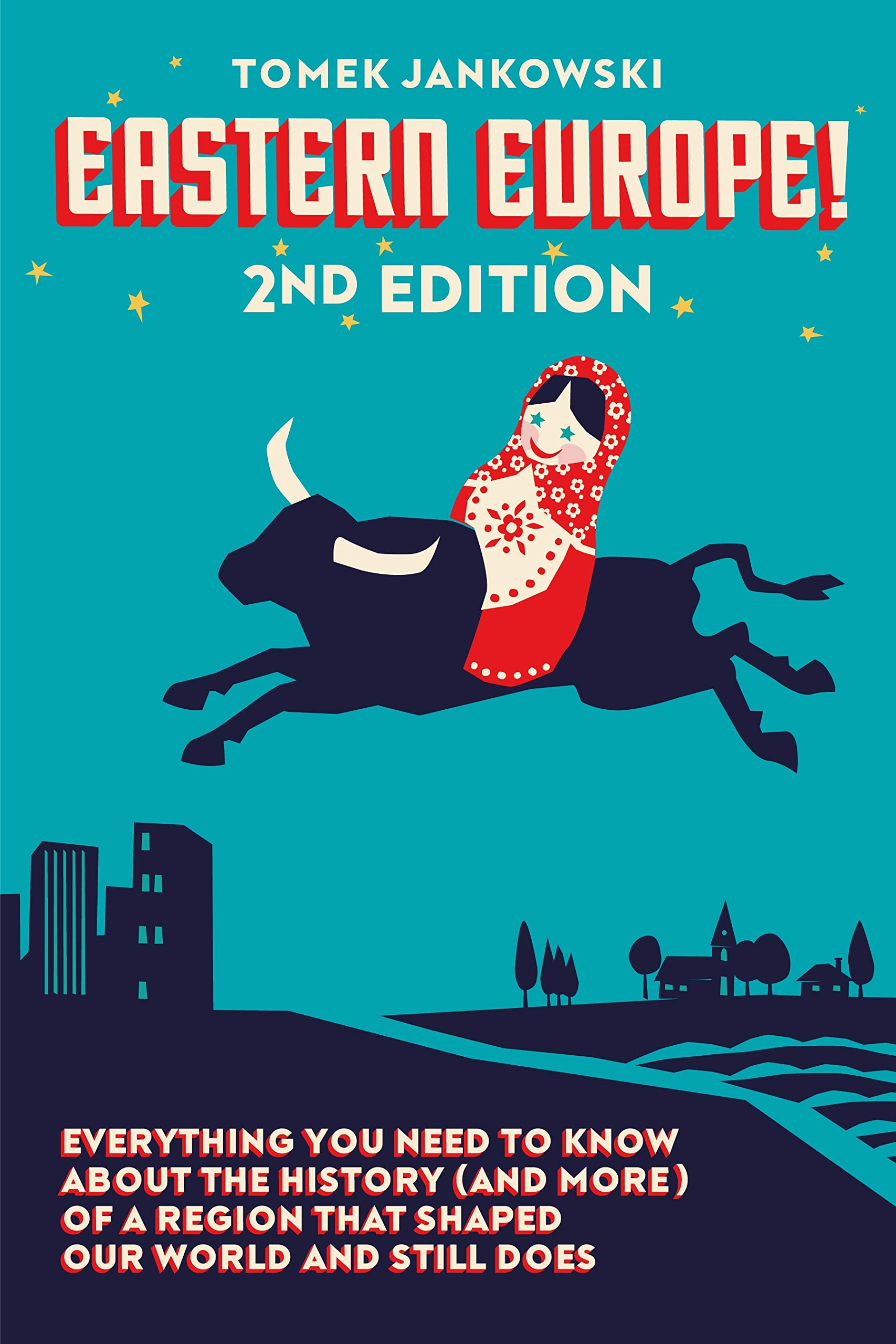 Eastern Europe!, 2nd Edition: Everything You Need to Know About the History (and More) of a Region that Shaped Our World and Still Does

When the legendary Romulus killed his brother Remus and founded the city of Rome in 753 BCE, Plovdiv―today the second-largest city in Bulgaria―was thousands of years old. Indeed, London, Paris, Berlin, Vienna, Madrid, Brussels, Amsterdam are all are mere infants compared to Plovdiv. This is just one of the paradoxes that haunts and defines the New Europe, that part of Europe that was freed from Soviet bondage in 1989, and which is at once both much older than the modern Atlantic-facing power centers of Western Europe while also being much younger than them. Eastern Europe! is a brief and concise (but informative) introduction to Eastern Europe and its myriad customs and history. Even those knowledgeable about Western Europe often see Eastern Europe as terra incognito, with a sign on the border declaring “Here be monsters.” Tomek Jankowski’s book is a gateway to understanding both what unites and separates Eastern Europeans from their Western brethren, and how this vital region has been shaped by but has also left its mark on Western Europe, Central Asia, the Middle East, and North Africa. It is a reader-friendly guide to a region that is all too often mischaracterized as remote, insular, and superstitious. The book comprises three parts, The first sums up modern linguistic, geographic, and religious contours of Eastern Europe, while the second, main part delves into the region’s history, from the earliest origins of Europe up to the end of the Cold War, as well as–new to the 2nd edition–a section on the post-Cold War period. Closing the book is a section that makes sense of geographical name references – many cities, rivers, or regions have different names – and also includes an „Eastern Europe by Numbers” feature that provides charts describing the populations, politics, and economies of the region today. Throughout are boxed-off anecdotes („Useless Trivia”) describing fascinating aspects of Eastern European history or culture.