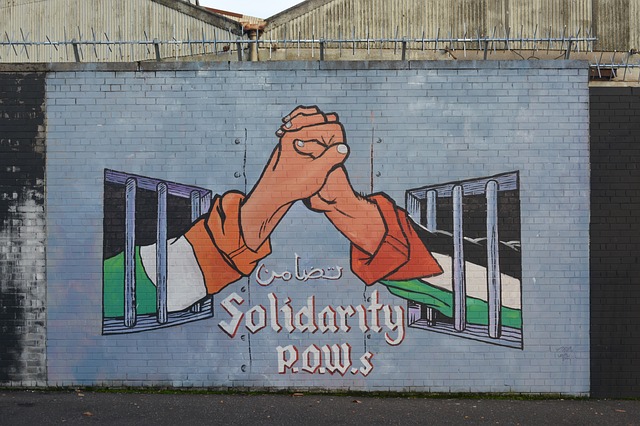 Driving out of the Republic of Ireland in Northern Ireland There are minor changes to the surface that you will notice. There is a distinctly British flair from the style of the houses to the signs and highways, but Ireland as a whole lives on in the country.

A great trip to the area is exploring the Northern Ireland coast.

By the time we drove to the UK, I was almost unaware that we had crossed, except for that silent scream of history that lay just below us. After living in the Republic of Ireland for a few months and being a father born in Scotland, I was dying to travel north. Northern Ireland’s history stories of turmoil and tension are used.

Exploring the coast of Northern Ireland

Arrival at Belfast You can see the ravages of years of conflict in the city. All shops and local businesses close before dark and a few select local pubs are open in the evenings. If you are traveling from North America, the scene is the same as the old western cities that were lively that day but are now ruled by self-protection and preservation.

Our accommodation and nice local pubs

Our first stop was with a local hostel, Lagan Backpackers we found that online. The comments and ratings on other websites were accurate and we were greeted and reassured by William the owner and resident travel coordinator. Near Belfast’s Queen’s University The hostel was within walking distance of local restaurants and pubs.

With instructions in hand and our tour booked for the morning we were at the local pub Crown Liquor Saloon famous for its painted etched glass, ornate interior with mosaic floor and golden ceiling. As we walked out of the corner of my eye, I spotted the Canadian flag that adorned a couple’s entire jacket. I was so excited that I ran to them and squealed with joy.

Although I love Ireland, I was born in Canada and will always keep a piece of my heart in me. So we went to the local pub with other Canadians and were quickly greeted by some locals. We were in good hands during our evening, with stories, music and a love for laughter that the crown entertained us when we moved Fibber Magees next door. Fibber Magees is a great place for live music and a little weirdness (Irish term for fun or laughter).

The next morning we made our way to the famous Black taxi tourwhere a taxi driver will take you through both the Protestant and Catholic sides of the city. Each side is protected by a massive wall and iron gates of equal size that are locked every evening. As we drove along, our driver gave us an almost impartial look at the history of each page.

Our first stop was on a street that had huge murals painted on the sides of the buildings. Every picture telling the story of violence in search of peace, from pictures of guns to children playing, carried a message of passion and hope. Although it’s hard for me to understand where they’re from and it’s easy to end the fights, I stopped and wondered what I would do if someone came along and told me I had changed what I believe in.

The black cab tour was insightful and thought provoking and helped me understand Northern Ireland a little better.

The major’s layout Tourist Attractions in Belfast allows you to easily Tour the city on foot in one day. From sitting in the grass in front of the Parliament building to shopping in the huge downtown mall, we’ve got everything covered. We could even find a Tim Horton coffee across from the famous one Europa Hotelwhich is said to be the most bombed building in the world.

A trip to Belfast without stopping in the beautiful University gardens would not be complete. You could easily spend a day in the gardens, strolling the many paths and viewing the atrium with its botanical treasures.

After spending some time in Belfast, we drove to the coast of Northern Ireland.

The Giants Causeway along the Northern Ireland coast

After our tour was completed and we were on our way, we made our way along the coast of Northern Ireland to the Giants Causeway. The coast is dotted with small coastal villages and rich in history as you pass the shells of the many castles that once graced this land. The first castle we came to was Carrickfergus, with his coat of arms proudly on the flag over the gates of the castle. The castle itself was right on the shores of the Irish Sea. One could only imagine what it would have been like to keep a home with a view of the surrounding land and sea.

Check out the following tours to the Giants Causeway:

When we arrived late at night, we were staying in town Portrush on Hot spot for surfers and those on vacation during the summer months. The nice thing about arriving in the evening is that you can watch the sun set over the water, drawing a range of reds and pinks across the sky. After walking and driving all day we looked forward to a nice meal and were very impressed with the local Italian restaurant. I highly recommend a visit to Don Giovanni for a lovely Italian meal served by friendly and efficient staff. The food was really amazing!