Food from the World: Buffalo Wings 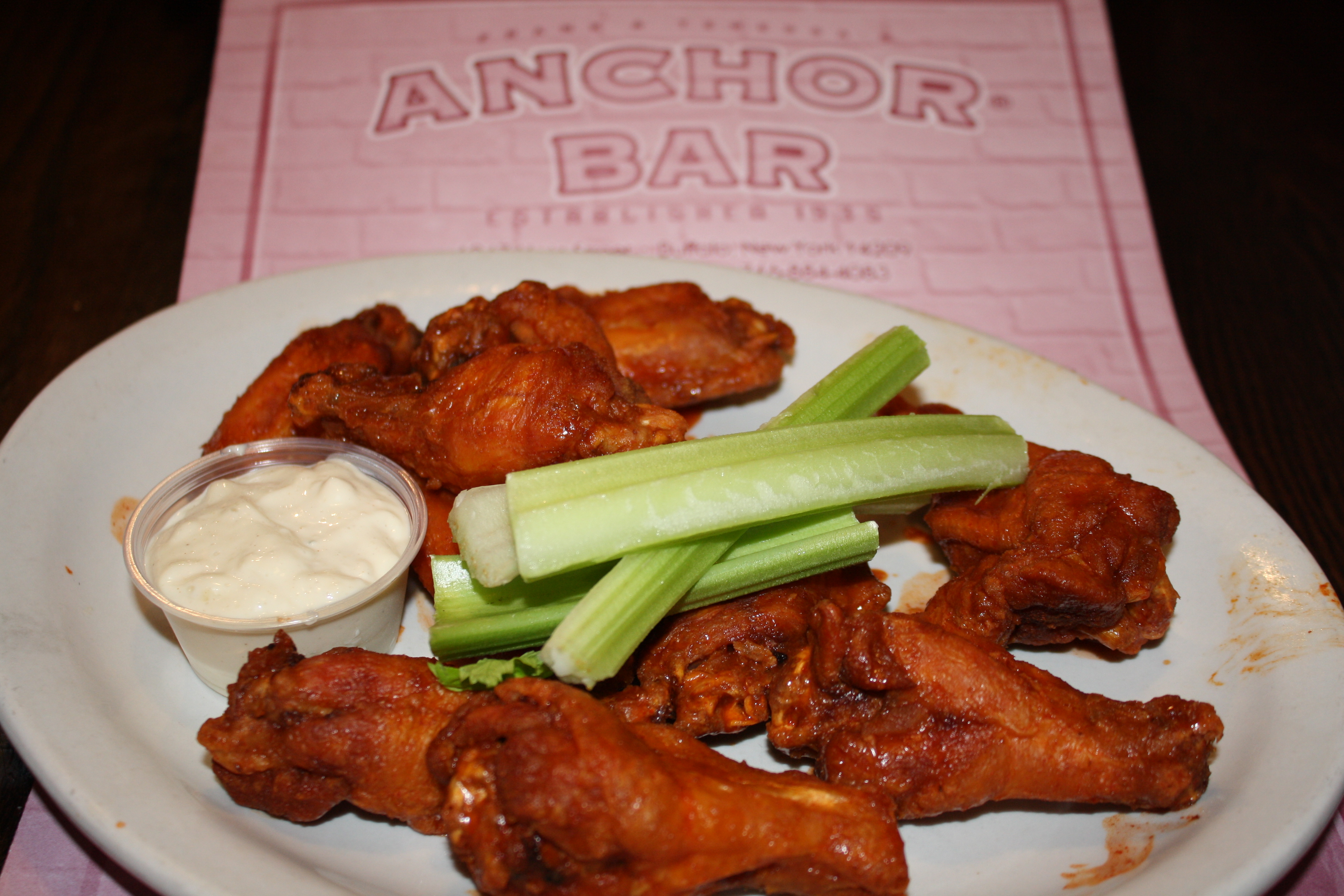 It’s time to get American, ya’ll!

I remember the first time I heard people talking about Buffalo wings. Don’t laugh but I actually believed they come from real buffaloes. Come to think of it now it wouldn’t seem like such a bad idea to eat some buffalo sizes wings right now. All that delicious sauce dripping through my fingers. Oh, I must have died and gotten to heaven.

How did the Buffalo wings came to life?

As you might expect it, the birthplace of these wings is Buffalo, New York. According to the famous legend, on October 30, 1964, Teressa Bellissimo came up with this snack at a bar called Anchor Bar. As in any other case, the answer to „what made her do it?” is……her kid. Dominic, her son, came home with some friends and asked his mother for a midnight snack. As any mother would do, Teressa wanted to wipe up something simple and easy, so she deep-fried some chicken wings and mixed them with a sauce made out of butter and chilly sauce. To this she added some blue cheese and celery to make the wings more tolerable. And it became a smashing hit!

– July 29 is the national Wings Day in Buffalo. This was designated by the mayor Stan Makowski in 1977 when the amount of chicken wings consumed by locals was revolving around thousands of pounds weekly.

– the Anchor Bar is still active and sells approximately 70 thousand pounds of chicken per month.

– the American gastronomy installed itself in many European countries, Italy being one of the most famous ones in terms of chicken wings.

– in 2013, more than 27 billion chicken wings were eaten. During the Super Bowl weekend, more than 1.23 billion wings were consumed. This means approximately 100 million pounds of wings.

– don’t be ashamed if you don’t master the skills of eating Buffalo wings. Bellow you have a funny video that can initiate you into this art.

How to prepare them?

2. Put the wings in a large bowl with salt and oil. Then insert them into a plastic bag and add the flour, shaking well. Remove the wings from the bag and eliminate the extra flour.

3. Arrange the wings on baking pans previously oiled, but avoid crowding them. Let them bake for 20 minutes, turn them over and let them cook for other 20 minutes.

4. Meanwhile, in a separate pan mix the ingredients for the sauce and let it simmer over low heat. Don’t forget to stir from time to time.

5. Drawn the wings in this delicious sauce and serve these beauties with celery sticks and blue cheese. Enjoy!

2015-05-13
Previous Post: Can You Guess Which Product Has More Calories?
Next Post: Americans Try Different Types of Foods