Food from the World: Pizza 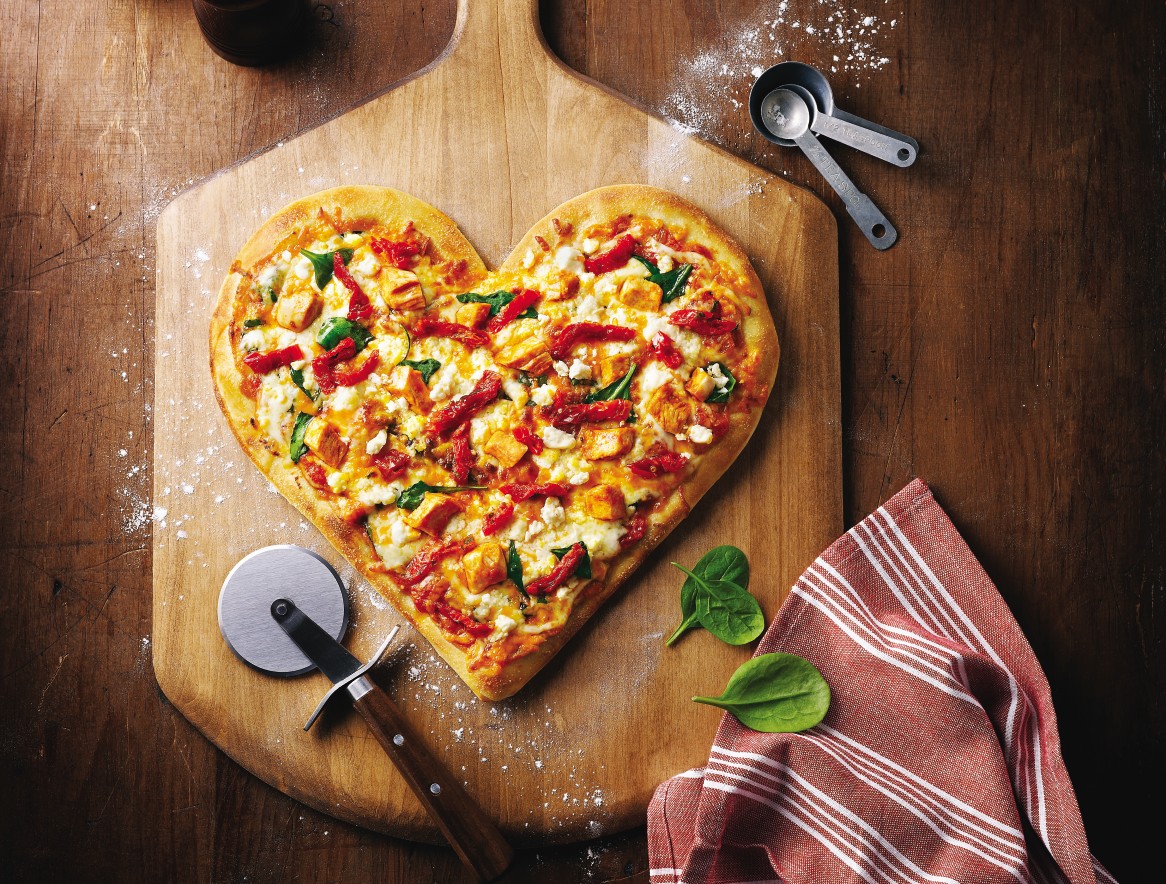 I’ve been browsing through the website and I realized I wrote nothing about pizza. You don’t need to tell me, I’m embarrassed enough. It’s pizza, right? One of the most famous foods in the world, pizza is a dish that is not always delicious but is also so easy to prepare. Whenever I don’t have time or I’m not in the mood to cook, this is the dish that takes me about 30 minutes to prepare.

But before giving you my simple recipe, let’s read a bit of history about pizza.

1. The first pizzeria opened in Naples, Italy, in 1738 and it was named Antica Pizzeria.

2. October is the official National Pizza Month in the US since 1987.

3. Saturday night can be named pizza night since this is the most popular night to eat pizza.

6. Apparently, the term pizza appeared in a Latin text in the southern town of Italia named Gaeta, in 997 AD. Of course, at that time tomatoes hadn’t arrived in Italy, so the pizza created was similar to what is now known as focaccia (crispy dough famous in Italy).

7. Mozzarella is the best pizza cheese. According to a study conducted in New Zealand, mozzarella is the cheese that is low in free oil, has good elasticity and has the highest degree of moisture. Of course, if mozzarella is not among your favorite cheese toppings you can also choose cheddar, ricotta, Parmesan or cheddar toppings.

8. 36 % of the people in American believe that pizza is the perfect breakfast food.

9. Raffaele Esposito, Queen Margherita’s famous pizza chef created a pizza pie for her made out of basil, tomato and cheese. This was supposed to resemble the Italian flag. I don’t have to mention that that this was adored by the queen and it remained one of the most basic and delicious pizzas invented.

10. Cristian Dumitru, a Romanian ate 200 pounds of pizza in a single week. Now this is a true pizza lover. Go Romania!

11. Each countries has its own popular toppings. In Brazil green peas, in India, tofu and pickled ginger, in Pakistan, curry, in Costa Rica, coconut and in Russia is tuna or salmon.

12. The most expensive pizza is available at a restaurant called Nino’s Bellissima in New York. One slice is $125 while the whole pizza is $1,000. The reason for this price? Toppings like lobster, caviar or chives.

13. An employee at Domino’s holds the record for the longest delivery. She delivered a pizza from London to Melbourne, Australia in November, 2004. Don’t ask why!

1. Start by preparing the pizza dough. In the bowl of a mixer put the warm water, add the yeast and let it dissolve for 5 minutes. Stir everything and add the flour, salt and olive oil, mixing at low speed. Knead the dough for about 10 minutes until it gets elastic. Let it rest in a warm place for a few hours.

3. Divide the dough in tiny pieces (depending on how many pizzas you want to do) and prepare the toppings. Put the pizza dough in cooking pan and with your fingertips press it and stretch it. Flatten the edge with your palm and brush the dough with olive oil. Press everything down with your finger tips and make some dents to prevent the bubbling process.

4. Spread the tomato sauce, cheeses and meats and sprinkle the basil on top.  Put the pizza(s) in the oven for 15 minutes or until the crust gets brown and the cheese golden. And remember that you can always add more cheese towards the end of the baking process.