The summer in Taiwan made George Lee’s skin itchy: the moisture made his body sweat, the air was thick and heavy. On those “terrible” days, Lee dived into a supermarket and made his way to the freezer, the door of which was soaked in condensation. He plucked one of the perforated plastic bags and reappeared in the scorching heat, pulled a frozen sweet potato from the freezer bag and bit into the cold flesh of the pudding. Then – and only then – the summer was bearable. “It’s so nostalgic,” says Lee, a 19-year-old chef who has built an immense fan base Instagram and Tick ​​tock for his vegan cooking videos and recipes. “It has that caramel ice cream flavor and texture.”

In Taiwan, Lee says the wonderfully simple treat of a frozen baked sweet potato (冰 烤 地瓜) is easy enough to find in a supermarket freezer or some places sold from refrigerators on the street. In California, where Lee is now in school, he can’t just walk into a gas station and walk with a sweet potato popsicle. “You can’t find it anywhere. You just have to do it on your own, ”he says.

Lee recently shared a video with his half a million Instagram followers explaining how to make this snack and there were more than a few confused comments. Many of his followers, as he only discovered after posting the video, had never eaten a frozen sweet potato. They couldn’t imagine the texture of the icy tuber: “Would it be solid … if I eat it the next day,” asked one commentator. “Eat frozen or defrost?” another asked with a confused hand-to-chin emoji. “I didn’t expect people to be so surprised,” says Lee. “A lot of people said, ‘What is this? ‘A minority of my Taiwanese audience said, “This is my favorite thing ever.” I just like to see people feel like they can reconnect with a part of their childhood or their culture by watching some of my videos. “

The trial as Lee Outlines in the recipe on his websiteis really easy. If Lee were still in Taiwan, he would start with a certain type of orange sweet potato that he couldn’t find in America. In the USA he opts for Janese sweet potatoes, the purple-skinned Satsuma-Imo with its light yellow flesh. “You have to choose small to medium sized sweet potatoes because larger ones tend to be stronger and harder to cook evenly,” he says. Lee turns the sweet potatoes over in his hands, making sure they don’t start to sprout – once they start to sprout, he says, the sugar oozes out. It scrubs the skin and polishes away any dirt so it’s good to eat when the potato is baked. (“The skin is really, really good. How, so delicious.”)

Lee then levels the cleaned sweet potatoes right on an oven shelf, with the temperature set at 450 degrees to allow the high heat to circulate evenly. The sweet potatoes cook for about an hour, but Lee says he knows they’re done when he squeezes them with his tongs and “the skin feels hollow because we didn’t poke any holes or anything in the skin. The moisture in the sweet potato leaks out and pushes the skin outward. This is how the flesh will separate from the skin. “When sugar starts oozing out of every sweet potato – you might want to put a tray on the shelf below – the smell of dark caramel fills the kitchen.

From here there are two options. On days when he doesn’t want to wait, Lee puts a sweet potato on an uncovered plate in the freezer to avoid condensation. After five or 10 minutes a cold has set in in the middle. This makes for a Well, refreshingly chilled sweet potato, but it doesn’t bring out that ice cream texture – it’s worth dragging this process through to the end. When he has more time and his cravings are less intense, Lee lets the sweet potatoes on the counter cool completely in their skin before placing them in a freezer-safe bag. “About five hours is the perfect freezing time,” he says. You’ll know they’re done when the sweet potatoes take on a “soft and creamy texture”. When you feel the sweet potato, you can feel that it is firm, but it is still soft, like grabbing an ice cream with a skin on. Like a Häagen Dazs ice cream bar. ”

With no easy access to sweet potato-laden freezers in the supermarket, Lee always has loads of home-baked freezers in his freezer. (There’s a good reason to keep sweet potatoes in the freezer In front Baking too.) “I have one every morning while I’m in class or I’m doing work. It’s still frozen so you have to eat it slowly and just enjoy the morning, ”says Lee. As the comments on Lee’s Instagram video have shown, it’s hard to imagine how creamy, how comfortingly cold, how icy a sweet potato’s freeze transformation really is until you try it for yourself. As Lee puts it when I ask him to respond to the taste: “It just tastes like summer.” 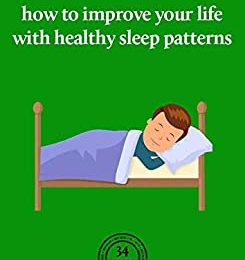 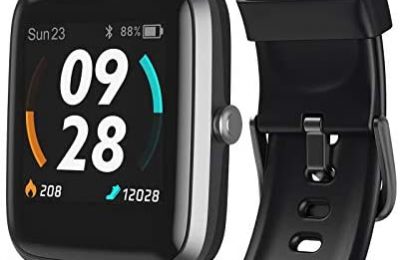