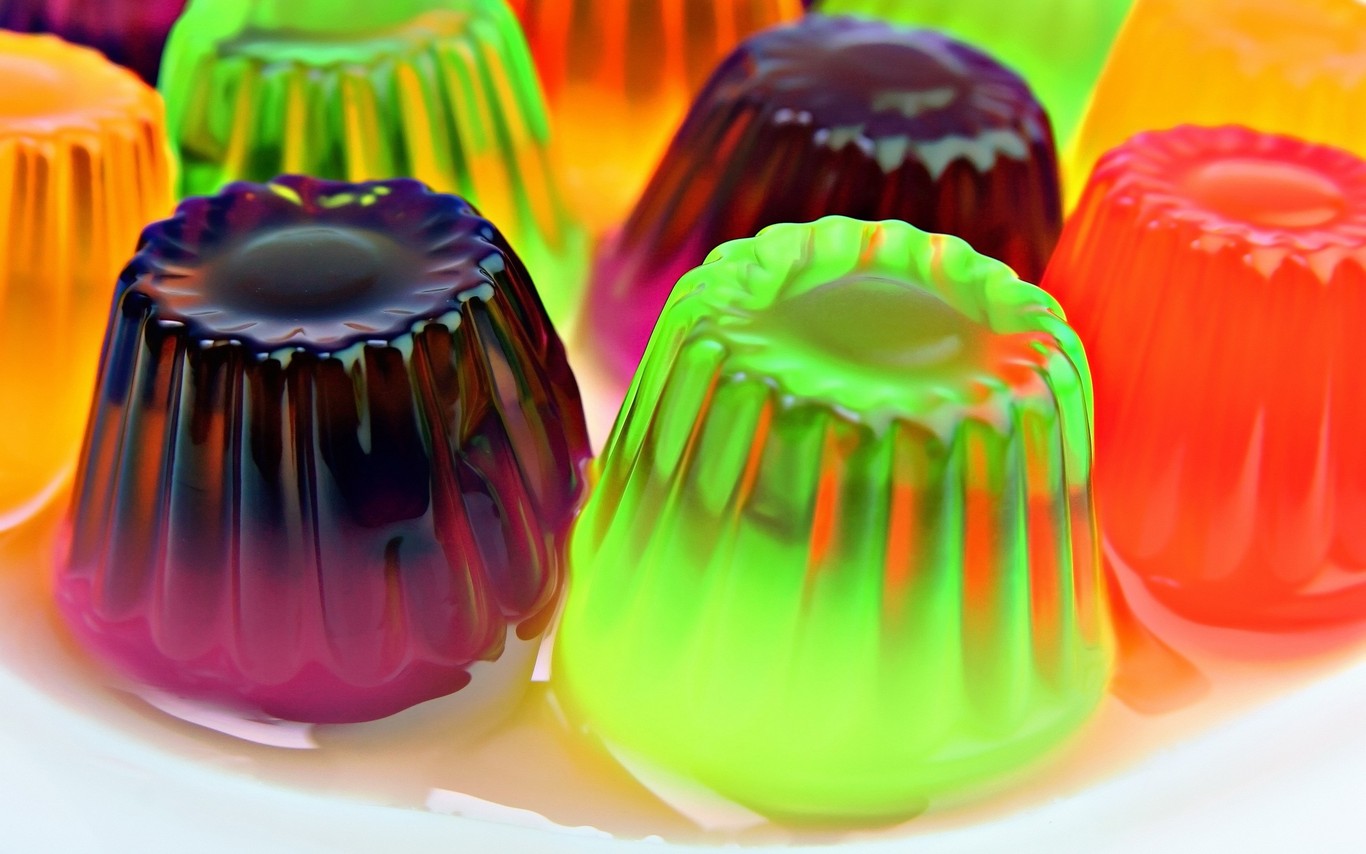 How is Jelly Made?

Everyone has eaten at one point in their lives jelly or jell-o. It’s that jiggly thing that comes in multiple colors and which can be combined with alcohol in order to make a crazy night even crazier. This is a type of dessert that can be easily prepared and can be enjoyed by both adults and children.

But I bet you didn’t know a few things about jelly, or jelly-o how it’s also known. Take a look at the following interesting facts and at this educative video that explains how jelly is made. It is perfect for the little ones because the explanations are simple and are funny for adults because of the funny accents (no racist comment intended).

1. Gelatin, the main ingredient of jelly was extracted during the Victorian age by boiling pig or cow hooves in a big pot for a few hours. This liquid was strained and the bones discarded. After leaving the liquid to rest for  a day or so, the fat off the top would be skimmed and different flavors would be added in order to create a delicious dessert.

2. Peter Cooper obtained the  first patent in America for manufacturing gelatin in 1845. Unfortunately he sold it to Pearl Wait who manufactured cough syrup at the time. From this, Wait developed a sort of packaged gelatin that was named by his wife Jell-O.

3. There are two types of fruits that can be added in jelly: those that sink (seedless grapes, peaches, pears, etc.) and those which float (bananas, peaches, apples, citrus).

4. Jell-O became the first company that advertised jelly with the help of Jack Benny and his beautiful voice. In 1934 everyone knew the jingle created by Young&Rubicam, an important ad agency at that time -„J-E-L-L-O.”

5. Jell-O became the official state snack in January 2001 in the state of Utah. Governor Michael Leavitt proclaimed the second week of February the Jell-O week and since every celebration needs to be shared, the local radio station The End sent 10,000 boxes to Denver.

And now as promised, the funny video. Ta da…..

Jelly | How Is Jelly Made | Interesting Facts… por Foot-facts

how is jelly made jell-o jelly jelly history making jelly