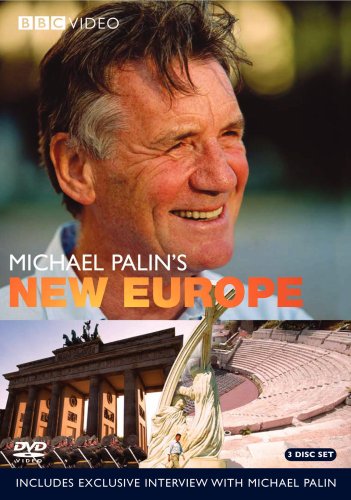 <![CDATA[Michael Palin: New Europe (DVD)<br />Join Michael Palin on his new adventure, through a Europe reborn – countries to the east of the continent, full of unexpected and forgotten delights… Michael starts his journey high in the Julian Alps on the border between Slovenia and Italy, where the Iron Curtain once ran. Travelling through the Balkans, the Black Sea and the Baltic States, he explores countries which may be newly formed but have rich and deep histories. In Poland, unknown to the paying commuters, Michael drives the 8.58am steam locomotive from Poznan to Wolsztyn. He joins the gathering of the ‘White Brotherhood’ in Bulgaria, finds out how to wrestle a camel in Turkey and discovers, in Estonia, exactly what it takes to walk across hot coals. By road, rail, river, sailboat and donkey through some of Eastern Europe’s most mouth-watering locations, from Albania in the south to Latvia in the north, Michael meets new Europe’s movers and shakers.
[ad_2]