Mission: Cook!: My Life, My Recipes, and Making the Impossible Easy 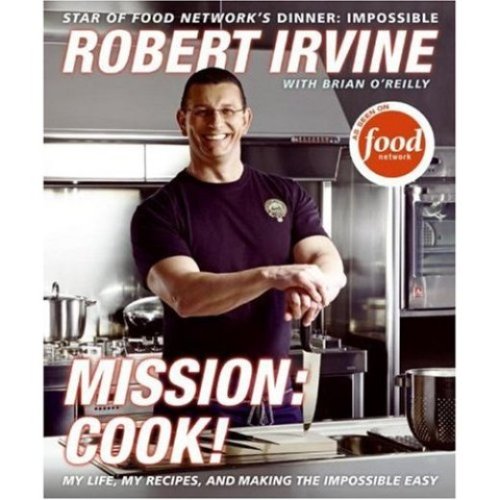 The star of Food Network's Dinner: Impossible, Chef Robert Irvine shares the adventurous story of his life, his thoughts on cooking, and his favorite recipes

There are few chefs on the planet who do what Irvine does, flying around the world at a moment's notice to cook for heads of state, royalty, and celebrities. Irvine reveals his fascinating past and unorthodox culinary training. His career as a world-renowned chef began at the age of fifteen when he was discovered by Prince Charles while cooking in the mess halls of the British Royal Navy.

In Mission: Cook! Irvine tells the wild stories of his career, from studying under the best European chefs to cooking for three thousand refugees on a beach while civil war raged in South Yemen to preparing an Oscars feast while coordinating the biggest chefs in the business. Sprinkled throughout are Irvine's most incredible recipes from his travels around the world, including Roasted Duck with White Bean Ragout, Truffle Oil, and Shaved Parmesan Cheese; Tea-Smoked Chicken; Lobster Risotto with Clams; and his ethereal Windsor Angel Food Cake. Easy to prepare and deliciously satisfying, these are dishes that everyone will savor.

Irvine's candid stories and behind-the-scenes look at the creation of his Food Network TV show Dinner: Impossible prove that the life of a celebrity chef is anything but ordinary. As is Mission: Cook!—a unique and fascinating look into the mind and life of one of the world's hottest chefs.