Pina Colada and a Drop of Extra Fun 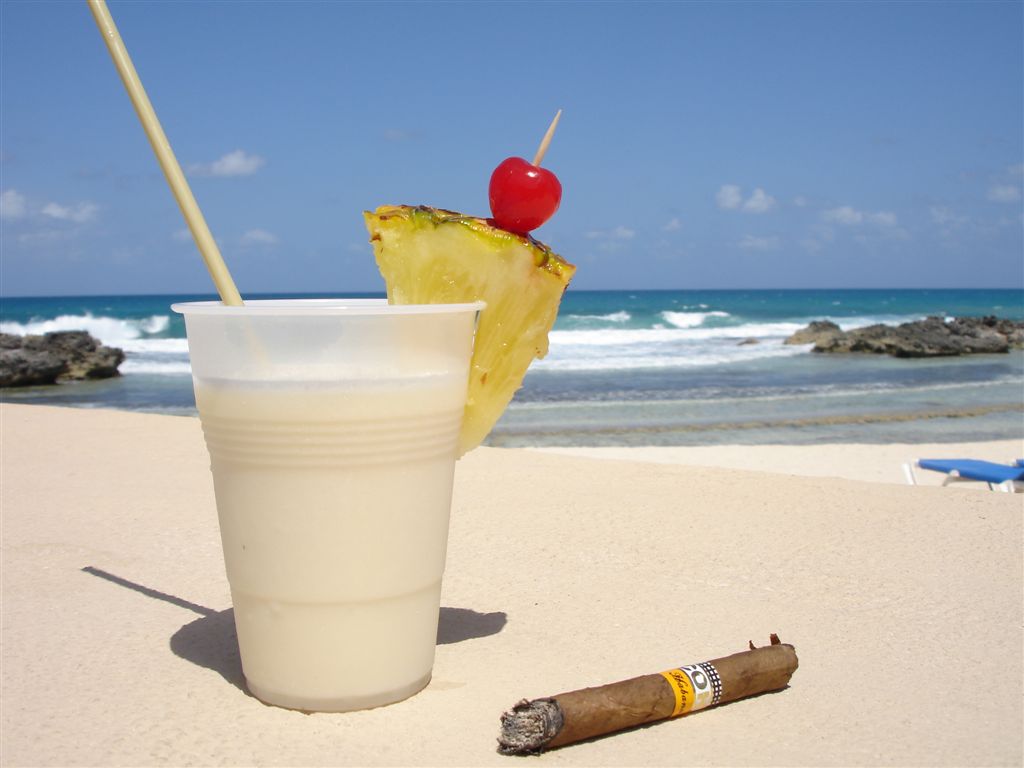 It’s the middle of the week but it feels like Monday. Every single day. I wish that for once my days would look like a Saturday and not like a Monday. Relaxing in the sun, no worries, simply sipping a big glass of Pina Colada.

In Spanish, the meaning of Pina Colada is „strained pineapple.” And aside for the pineapple juice that makes the drink a bit sweeter, you also receive rum, ice and coconut cream. How great is that?

– the official National Day of Pina Colada is July 10th.

– it became the official drink of Puerto Rico in 1978.

– it was created on August 16, 1954 by Ramon Marrero „Monchito.” He was working at the Caribe Hilton’s Beachcomber Bar in Puerto Rico when the manager of the hotel demanded Monchito to make a drink that could delight the clients. After a few months of trying, Pina Colada came to life.

– as in the case of any alcoholic drink, the legends are varied and multiple. Another Puerto Rican restaurant, Barrachina claims to have created this cocktail. While on a trip to South America, Mr. Barrachina met Ramon Mingot, a bartender who later came to work for Barrachina and invented a drink made out of coconut cream, ice, pineapple juice and condensed milk.

– and finally, another legend says that the pirate Roberto Cofresi used a combination of coconut, white rum and pineapple to help boost the mood of his crew. This turned into the famous Pina Colada recipe that we all know and love today.

This is one of the most important ingredients in Pina Colada. Similar to coconut milk, this cream contains less water giving the drink a thicker consistency.

How to make an authentic Pina Colada?

Now take your glass and watch the sunset with the ones you love!

2015-05-26
Previous Post: Cies Islands – „the Most Beautiful Beach in the World?”
Next Post: Top 6 Energy Teas for Travelers