A month after one report detailed worrying allegations against the critically acclaimed Willows Inn on Lummi Island, locals make management hot. On Friday May 28th, a group of about 50 protesters Gathered in front of the restaurant during dinner with signs reading “More Decency Less Awards” and “Willows Wore Out Welcome” in response to lawsuits brought by 35 former employees against chef Blaine Wetzel and manager Reid Johnson.

According to the original Times Report by ril, Wetzel, and Johnson observed a pattern of sexism, sexual harassment, and racial bullying at the Willows Inn over the years, tricking customers into believing that ingredients sourced from outside suppliers (including grocery stores like Costco) were locally grown.

Among the former employees quoted in the ril article were Lummi Island locals who worked at the Willows Inn as teenagers and claim that certain male kitchen workers inappropriately touched and provided them with alcohol. One said her male colleagues made a joke about “Lummi Island 16”, which meant that “you are available for sex and that any kind of creepy and predatory behavior is fine”. Wetzel denied these allegations; Johnson did not respond to a request for comment.

The sources in the article also say that Wetzel used “racist language” in the workplace. A cook said that Times that he and another Asian-American employee confronted Wetzel with a racial slur directed against them, but that Wetzel denied ever using the slur (the employees then resigned within a day). As answer to the Times, Wetzel refuted the allegations with the words: “My stepmother and my brother are Chinese, my wife is Mexican and anyone who claims that I am racist is lying.”

The fallout was quick. The says 10 people (nearly half of the Willows Inn employees) have resigned shortly after the report was released and that hundreds of reservations were canceled with a $ 500 deposit refunded to customers without comment. Additionally, several local suppliers – including Camber Coffee, Constant Crush Winery, and Wander Brewing – have ended their relationship with the restaurant.

The Willows Inn now has one “Action plan in the workplace” on its website stating that it will “organize and provide mandatory (paid) training on sexual harassment and retaliation prevention, inclusion / diversity and leadership training”. By doing Procurement area, the restaurant lists companies such as Costco and Sysco as providers among the smaller partners. A description in this section reads: “We want to be completely open about our product sourcing, any lack of transparency about the origin of our products would only discredit the excellent ingredients we work with and the artisans who make them.”

The Times spoke to some demonstrators gathered on Friday who appeared unimpressed by the restaurant’s attempts to increase transparency. Outside the Willows Inn, some organizers reportedly got into heated conversations with a man and a woman as the dinner service resumed; another cooked hot dogs for the crowd that gathered. A protester passing the place on his boat with sails that read “Bye Bye Blaine and Reid” told the Personal: “It is now too late for them to change their ways.

Eater Seattle reached out to Wetzel and Johnson to comment on the recent protests but did not hear a response before this article was published. 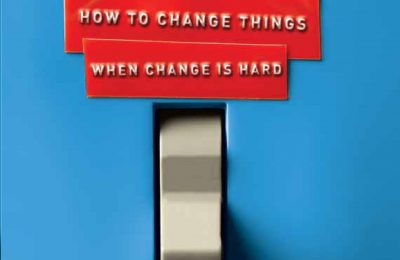