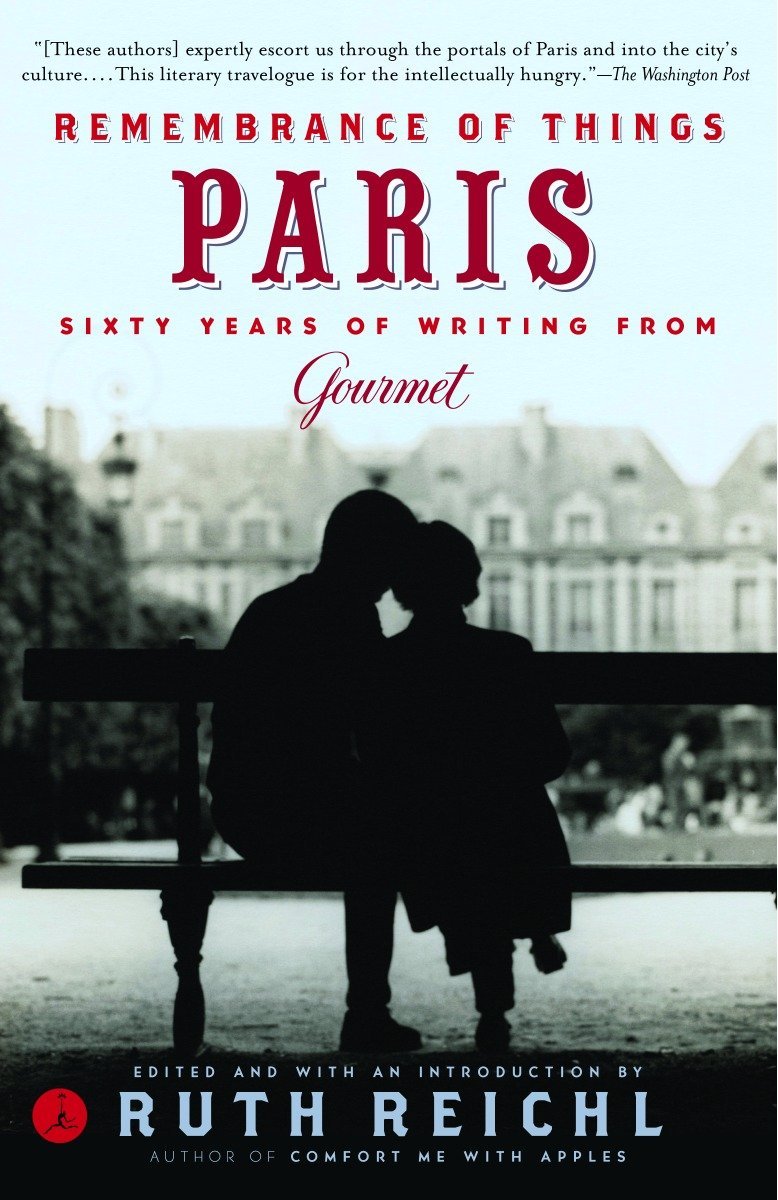 A glorious, edible tour of Paris through six decades of writing from Gourmet magazine, edited and introduced by Ruth Reichl

For sixty years the best food writers have been sending dispatches from Paris to Gourmet. Collected here for the first time, their essays create a unique and timeless portrait of the world capital of love and food. When the book begins, just after the war, we are in a hungry city whose chefs struggle to find the eggs and cream they need to re-create the cuisine from before the German occupation. We watch as Paris comes alive again with zinc-topped tables crowded with people drinking café au lait and reveling in crisp baguettes, and the triumphant rebirth of three-star cuisine. In time, nouvelle cuisine is born and sweeps through a newly chic and modern city. It is all here: the old-time bourgeois dinners, the tastemakers of the fashion world, the hero-chefs, and, of course, Paris in all its snobbery and refinement, its inimitable pursuit of the art of fine living. Beautifully written, these dispatches from the past are intimate and immediate, allowing us to watch the month-by-month changes in the world’s most wonderful city. Remembrance of Things Paris is a book for anyone who wants to return to a Paris where a buttery madeleine is waiting around every corner.