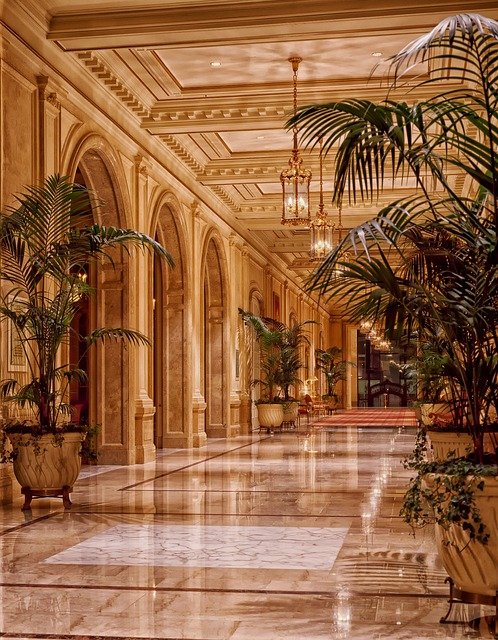 Salt pans Uyuni, Bolivia: As far as the eye can see

This sentence sounds clear when you are in the middle of nowhere surrounded by miles of salt. Literal salt as far as the eye can see.

By now you should have found out that it is the largest salt deposit in the world, the Salt pans in Uyuni, Bolivia.

In the summer my wife (a friend at the time) and I decided to travel to Bolivia, her home country. When I arrived in La Paz, Bolivia and visited her family for a couple of weeks, we decided to do the hike by bus and train to Uyuni.

When we got to Uyuni it was freezing!

I mean freeze. My wife was prepared (I’m sarcastic). She is one of those people who are like „We’ll find a place to stay when we arrive very late in a place we’ve never been, where it’s freezing outside.”

This brings me to Lesson 1, Plan Your Trip.

Tip – look for accommodation in Uyuni

Have at least one spot reserved for the first night and let me tell you why.

When we got off our bus, my wife chose a hostel by chance. I want to remind you that it froze. We also took her younger brother and young cousin with us on the trip.

I’m not kidding you, in the hostel they gave us a small electric heater that hardly generated any heat. In addition to the heating situation, there was a hole in the wall in the bathroom of our room that I could literally stick my hand through.

It was freezing again. We went during „Our summer”, but since Bolivia is on the south side of the equator, the seasons change compared to what I’m used to. So winter down there is June.

Based on our experience from the first night, I booked a highly rated hotel on the second night with a nice hot shower and breakfast.

For the tour of the salt marshes we went with a local travel agent, this cost us around 550 Bs. Before I left La Paz, my wife bought this tour in downtown La Paz on Sagarnaga St., where travel agents line the street.

The first stop of the tour wasn’t even in the official salt pans, we stopped at Train cemetery. The name fits the place: a bunch of abandoned trains and wagons that had to rust. They were once used to export salt. The trains were neat to jump around, like a big jungle gym, but in the end the apartments were the most exciting part for me.

The first stop in the actual apartments started with us leading to holes in the salt that supposedly had the clearest and purest water in the region. We were allowed to put our hands in it. The tour guide told us that many people travel to these holes in the ice in other parts of the apartments to take a bath. According to him, people believe that the minerals in the water are very healthy for their bodies and would make them look younger.

The baths should freeze, I mean, they certainly take these baths in the summer when hopefully the water is warmer. In winter, the holes were some of the coldest and clearest water I have ever felt.

After the openings in the salt we made our way to what they called on Island on the Salt!

An island full of cacti!

The story goes that when Incas roamed the apartments, they traveled from island to island at night.

During the day, the reflection of the sun against the white snow salt would be too bright for them to travel during the day. Which leads me to lesson 2 … See what to bring below!

On the way to lunch we made a quick stop at the Dakar Rally Monument. The Dakar Rally is an extreme car race. According to efe.com, the Dakar Rally took place in South America from 2009 to 2019. More information about the race can be found at www.Dakar.com

After the island, our tour guide took us to the very first lodge in the apartments, where we had llama and quinoa for lunch! Yes lama, I don’t want to say it „Tastes like chicken,” but yeah, just it was tough and pretty slim. Much of the furniture in the lodge was made from salt!

Take a look at our lunch menu:

Before we went to our hotel for the night, we took the typical proportions. Where one person looks small and the other huge, or vice versa. With the endless background, you have a huge playing field to work with.

There is also a famous photo that many people who visit the salt flats take. The photo makes it seem like people are walking on water. This only happens in summer when it rains and parts of the apartments are covered with water to give the illusion that people are walking on water. The water images also perfectly reflect the night sky. Google image search „Salt Flats Bolivia” and you will know what i mean

If you go take the classic proportional pictures a must! I recommend bringing a plastic toy or two, like the T-Rex you see in the picture below. Do your research and think outside the box to get a cool picture!

Next station, Hotel De Sal Luna Salada;; the hotel from SALT. The entire hotel is made of salt. Remember as I told you we booked a night at a different hotel as we essentially froze to death on our first night. Little did I know that I had booked one of the most famous hotels in the area, the entire place was made of salt! There was also a free breakfast which I was pretty excited about.

Check out this nice video from National Geogrhic highlighting the hotel:

The next day we were allowed to hike part of the Tunupa volcano. We also saw mummies in a small cave on the hike. The mummies give an impression of the history and culture of the region. Another nice aspect of the volcano was the rock walls. As you hike higher up the mountain, you’ll see rock faces that the Incas built back then that divide the parts of the land that surrounds the volcano. For any history buff, you would enjoy this little part of the tour.

After the hike, we made one final stop before going home; the gift shop. Well, not really one store, but several small stores in one area. Here you can have your souvenir made from salt. I bought my mother a small cup of salt cubes.

What to Bring to Uyuni Salt Flats

Bring sunglasses! The sun’s reflection from the salt is so bright! Do you know if you go outside on a snowy day when everything is covered in snow? Imagine that, but everywhere you turn for miles. When I first got to the apartments, I felt like I was surrounded by snow, but it’s just cold granular salt. I even licked some.

If you forgot to pack your sunglasses don’t worry, you can purchase some Foakleys (counterfeit Oakleys) from a local store in Uyuni before heading to the apartments. Sunglasses are pretty nice, they will probably get you down 20 Bs.

Legend of the salt.

Milk from mom. Now there are a few stories online about how the salt flats were created. The tour guide not only helped us with the photos but also told us about the legend. So the „Queen of the Apartments” Tunupa volcano, gave birth to a smaller volcano, but that night the child’s volcano was stolen from her by the gods. Since she was in position and could not move to look for her child, she cried all night and let her milk into the valley as she had never found her child.

BOOM the salt pans were born.

Tips for the trip & graduation!

If you want to take the Che route, take the bus and train. Once you arrive I would recommend booking a tour if you are new to the area. Looking back on our stays, I would not stay in this hostel and probably book a room in the salt hotel. I usually like to save money by booking mid-range hotels, but looking back I’m glad I chose the Salt Hotel because of the experience.

When to eat like the Romans in Rome, right? Staying at the Salzhotel gave me an experience that I will never forget, especially because it is a stand-alone building in the middle of nowhere and it is made entirely of salt! The hot shower was also badly needed after freezing our butts all day.

All in all, I would go back a lot. This time I would hike the whole thing Tunupa volcano and I would probably spend both nights at Hotel De Sal Luna Salada. I would bring my own sunglasses and better hiking gear to reach the top of the volcano. The Che sunglasses sure did the job, but they were Che. I would bring my own better quality sunglasses. The tour guide was pretty good at his job, entertaining, took us to the best spots in the apartments and took our proportional photos with the T-Rex toy he provided. The trip was well worth the price and a priceless experience.

Some options for places to stay when visiting Uyuni Salt Flats.

The Palacio de Sal was built from salt stones and has salt furniture. It offers accommodation with free Wi-Fi and a free breakfast buffet in Potosí.

The rooms at the Casa de Sal – Salt Hotel in Uyuni city center are decorated with salt blocks and feature details of the Andean décor. This is a budget friendly option that still gives you the salt experience.

Guided tours through the salt marshes of Uyuni

Looking for a tour of the Uyuni Salt Flats? Here are some options.

Experience unforgettable moments and enjoy an extraordinary view of the Milky Way in the Uyuni Salt Flats!

On this tour you will get to know the immensity of the sky, the Milky Way and the light of the stars. Observing the stars and the sunrise in the Salar de Uyuni in the dry season is an unforgettable experience.