It takes something striking to show people what they are missing. A clear message will always work better than suggestions. The artist Jason deCaires Taylor thought the same thing when creating the four horsemen sculptures which are bound to be hosted in the river Thames for approximately one month.

The British artist is known for his underwater sculptures from Cancun and he created “The Rising Tide” (the name of the horsemen) in order to draw attention over the climatic changes that affect our planet and implicitly, our society. The sculptures will be installed near Vauxhall Bridge and contain huge amounts of steel which keeps the sculptures upright even when the tide is powerful.

Taylor declared for The Guardian: “So here I wanted a piece that was going to be revealed with the tide and worked with the natural environment of the Thames, but also alluded to the industrial nature of the city and its obsessive and damaging focus just on work and construction. The suited figures are ambivalent to their situation. I wanted to create this striking image of a politician in front of the Houses of Parliament, ignoring the world as the water rises around him. And they are sitting on horses that are grazing, taking as much as they can from the ground.”

“It is this concealed world. If we walked past a forest that was disintegrating every day and with animals dead by the side of the road, we would be much more aware of our actions. But underwater, it is out of site and is a problem so easily ignored. So, a big part of my work is to bring people’s focus and their awareness to this destruction of our seas and of the natural world.”

Do you agree with him? Do you think that an artist has more chances to draw attention over an important matter by integrating the negative into our day-to0-day perspective? 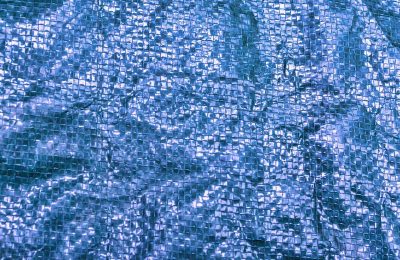