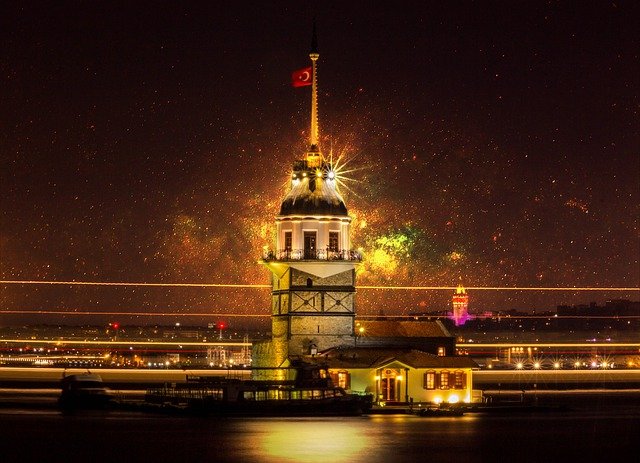 „I’m not a baker, I tell everyone that,” says Denise Williams. Anyone who knows her pastries may disagree: Since the Deadstock coffee shop opened as a kiosk in 2015, Williams has been making butterscotch cakes for her son Ian Williams, who serves them alongside his tea / coffee mixes and lavender mocha. The decision to bake the cake for her son was made out of necessity to help him run a successful coffee shop. “When Ian started his business, he had no money,” she says. “He made coffee and tea, but we said, ‘Do you have any pastries?’ and he said, ‘No.’ So we started with it. ”

In the six years that Deadstock has been selling Denise Williams’ cakes, they have developed a following of their own. Deadstock would run out by the end of each week, and reviews, and Profiles of coffee shop often mentioned the „butterscotch-tr cake” as it was called. Now Denise Williams is using these cakes to raise funds for her free services, occasionally with additions like Bean cake or waffle ice cream sandwiches.

Every first Saturday of the month, Williams sells her butterscotch cakes based on her daughter’s recipe in her son’s Chinatown cafe. While the cakes are a stick, Williams occasionally offers other goodies, like her family’s bean pies. „Everyone in Philadelphia sold bean cake, most people here seem to have never heard of it,” she says. „We have been eating them since we were children.” The funds she raises through her cake business – along with direct donations – support her while she spends most of her time freeing them.

Denise Williams may not be a professional baker, but she is a professional therapist: Williams has worked as a consultant specializing in substance abuse for decades. She was about to retire, but at the onset of the pandemic, she felt compelled to keep working and offering it for free to those who need it. “We all wanted to do something. I said, ‘What can I do to help?’ ”She says. “I saw suicide rates go up and said, ‘You know, these people need advice, but nobody can afford it’… Too many times I’ve seen people turned away for a few dollars or because they did, ‘I have no insurance, but people need advice today, right now. „

Denise Williams started out with a GoFundMe, but in the summer of 2020 she started hosting her cake pop-ups as another way to raise funds. As more and more people found out about their program, Face the storm, people started raising funds for Denise Williams in different ways. Some people donated to her directly through Venmo; others, like mutual aid Piffin and PDX baker against racism, held raffles for Confronting the Storm, with prizes such as restaurant vouchers for the Indian restaurant Bhuna or the Italian pop-up Estes. These days, she’s trying to add more pop-up events to her list, including collaborating with other chefs. Diane Lam of Clairvoyant was one of the first chefs to host Denise Williams outside of Deadstock in August 2020. “Ian and I are good friends and I met her in the store,” says Diane Lam. „She wanted to make a more dynamic pop-up, so we offered her our place.”

Her cause and her cakes caught the attention of other Portland chefs, including Mattas Richard Le. Le has been a fan of their cakes for a while, but on Ian Williams’ birthday she made a waffle version of their butterscotch Tr cake they called „Tr Waffles”. Le liked them so much that one Saturday he got out of his cart to go to Deadstock and sell his Vietnamese fried chicken on those waffles with Nuoc Cham syrup. Denise Williams plans to bring the waffles back to Hillsboro as a garage-meets-bake sale pop-up and use them as the basis for an ice cream sandwich. But outside of the pop-ups, Denise Williams sells their cakes on pre-order via Instagram dm, takes dietary restrictions into account and makes them vegan.

Overall, Denise Williams isn’t covering the full cost of a Therist’s private practice with her cake sale, and she’s still looking for a communal kitchen to expand her production. But it’s not really about the money. “I make a little money on the cakes, but it also just makes me; People find out what I’m doing, ”she says. “I’ve seen how difficult it is for people who need them but are unable to pay for them. I’ll find a way to make it work. „

Denise Williams’ next pop-up will be on August 7th at Deadstock, 408 NW Couch Street Suite 408, from 10 a.m. to 1 p.m. or it will be sold out. If you want to donate directly to Confronting the Storm, Venmo @itsdenisew.