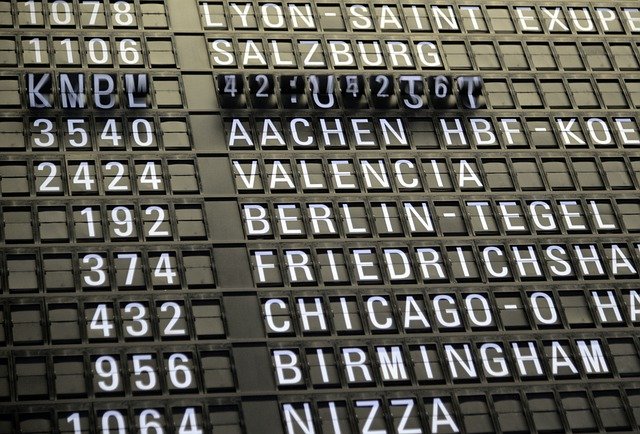 UK food industry groups have added their voice to a call for the country’s government to take action to address the shortage of truck (lorry) delivery drivers.

In the letter, RHA boss Richard Burnett described the effects of the current driver shortage as „crippling” and warned of „critical supply chains that fail due to the significant shortage of truck drivers”.

The letter, prior to the coronavirus pandemic, said it was estimated there was a shortage of more than 60,000, but claimed that several factors had exacerbated a shortage now at the „crisis point” numbering more than 100,000.

Burnett said those factors include drivers returning to their country of origin and not returning to the UK during extended periods of the Covid-19 lockdown, as well as a similar exodus related to the uncertainty of Brexit and their future rights to life and work United Kingdom.

He also pointed to the retirement of drivers – the average age of a truck driver is 55, with less than 1% under 25 in demanding sectors, „he said.

Burnett also highlighted the suspension of professional driving tests for much of the past year, resulting in the loss of more than 30,000 test places. Only 15,000 were able to successfully complete the training – 25,000 fewer than in the previous year.

Burnett has met with ministers from the Department of Transportation and Labor and Pensions to discuss solutions, but said in the letter that „despite the best of intentions, it is clear that there is no immediate plan”.

He called on the Prime Minister to intervene „to prevent critical supply chains from failing on an unprecedented and unimaginable scale”.

Burnett added, „Supermarkets are already reporting that they are not receiving the expected food supplies and that there is significant wastage as a result,” and continued to warn of „spikes in food and drink demand due to hot weather and major sporting events.” .

It has also been suggested that the delivery of school meals could be affected by the driver shortage.

Among other things, Burnett calls for the introduction of a temporary work visa for foreign truck drivers and the inclusion of this profession on the home office shortage occupation list, as well as government cooperation with industry – and the establishment of a task force – to address the more general problems associated with the shortage of skilled workers.

„Our shared view is that there has never been a more difficult time for this industry and we urge you to take these crucial steps to ensure we can continue to maintain the UK’s integrated and balanced supply chains,” he said.

In a statement to Just Food after the letter was sent, EVS Wright said: “The EVS is working closely with representatives of the affected food and beverage sectors to find ways to alleviate the effects of labor shortages. This includes temporary solutions that relieve the labor market. We will also look at the existing government mechanisms that can be extended to the food and beverage industry.

„Many members are concerned about the long-term prospects for the UK labor market.”

He added, „Many food and beverage manufacturers are ringing the alarm bells loudly.”

Harrow of the BFFF shares these concerns. He said: “Unfortunately there is a significant shortage of drivers in the UK logistics industry. This is a long-term problem, but recent events such as the return of EU drivers after Brexit while others are leaving the industry due to new tax rules created a perfect storm. ”

He added, “We hear that divers wage rates are already rising. However, this will not solve the problem, it will just move the available drivers in the system instead of fixing the shortcoming.

“Drivers are only part of the problem with widespread labor shortages across the supply chain. The government needs to realize that we have a real problem on our hands that could well have an impact on getting food to where it is needed. ”

Allen from the British meat industry association BMPA also sees the driver shortage as part of a wider malaise.

“The labor shortage in the meat industry is becoming a major problem. The people and skills we need are simply not available in sufficient numbers in the UK which means we will shortly have to close UK production lines and buy from overseas suppliers, ”he said.

“Companies are already having to reduce throughput in their plants because there are not enough staff or truck drivers to deliver the products. This problem will only get worse in the run-up to Christmas when we go into the busiest time for the industry. ”

Allen added: “The skills and manpower shortage has been filled by EU workers for whom this type of work has proven lucrative and satisfying. According to the new immigration regulations, this source of work has dried up. And companies also report increasing brain drain from their EU workers who choose to work for European companies.

“That just means that we now have five times more vacancies than usual.

“Our problems started with Brexit and Covid made them worse. With the opening of pubs and hotels, the demand for labor has increased throughout the food industry and no one can find an easy or quick fix. ”

The signatory of the letter, Bennell, said: “We are luckier than some in this regard because we have our own fleet of over 200 vehicles and a very well established driver workforce. We have also worked a lot in recent years to recruit and train our own drivers in-house, which encourages newcomers to the industry and further qualifies newly qualified drivers. ”

He added, „However, as stated in the RTA letter, we are aware of the driver shortage and the need for industry and government to work together on long-term solutions.”

Just Food has asked the UK government for a response to the RHA letter and the problems it posed.

GlobalData can provide actionable insights to drive your business forward